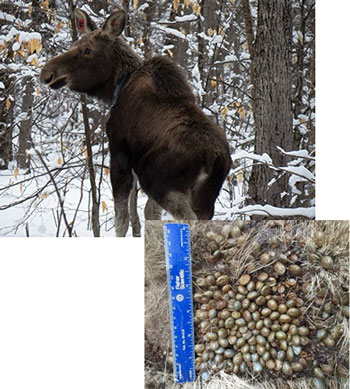 The 2022 moose season recommendation aims to improve the health of moose in WMUs E1 and E2 by reducing the impact of winter ticks.

The department recommends issuing 60 either sex hunting permits and 40 antlerless-only hunting permits in WMU E for the 2022 hunting seasons. This is expected to result in the harvest of approximately 60 moose, including 20-30 adult females, or about 5 percent of the estimated moose population in WMU E.