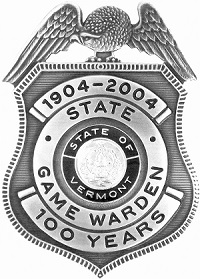 DANVILLE, Vt. – A Barnet man has been sentenced to two years in prison with all but 30 days suspended and ordered to pay $850 in fines after pleading no contest to five charges stemming from an October 2017 incident.

Carl Sanborn, 49, pled no contest to five charges, including taking big game by illegal means, hunting while under revocation, shooting from a roadway, failure to stop for a game warden, and contributing to juvenile delinquency.  Sanborn has previously been convicted of 24 fish and wildlife crimes dating back to 1993 and had been sentenced to 81 days and fined $6,800 because of these previous convictions.

Sanborn was convicted of taking part in the shooting of a deer decoy on the night of Saturday, October 21.  The decoy was placed by Vermont State Game Wardens in an area in Danville with a long history of poaching activity. Sanborn’s son, Jonathan, 21, was also charged in the incident with six counts for allegedly firing the shot and faces more than two years in prison and $8,000 in fines if convicted.  His case is scheduled for trial in September.

After the shot was made a car registered to Carl Sanborn sped away from the scene and wardens engaged in a high-speed pursuit. During the pursuit, a bow and rangefinder were thrown from the vehicle and recovered by wardens.

The 16-year-old driver of the vehicle was charged as a juvenile with eight counts and has completed juvenile diversion. Another juvenile, 13 years old, was also in the vehicle but was not charged.

The car, along with the bow, rangefinder, and light were all seized and ownership of some or all of them may be forfeit because of their use in a crime. All three who were charged also stand to lose their hunting, fishing and trapping privileges for three years.

The Vermont Fish & Wildlife Department is asking anyone with information about any poaching activity to call their local warden through their nearest state police dispatch, or they may leave an anonymous tip to Operation Game Thief at 1-800-75ALERT (1-800-752-5378).