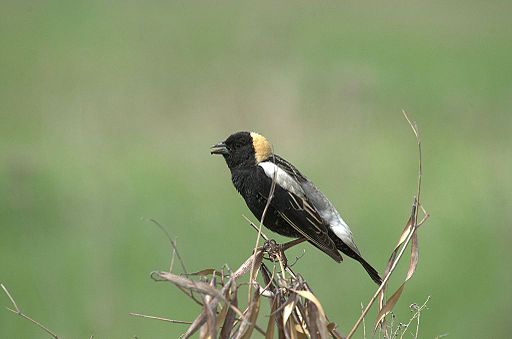 MONTPELIER, Vt. — Summer in Vermont is greatly enriched by the state’s many grassland birds, from bobolinks flushing up from a grassy field to the beautiful song of an eastern meadowlark. But many of these species are in decline due to the loss of appropriate grassland habitat.

The Vermont Fish & Wildlife Department and Audubon Vermont are encouraging landowners to help promote these beloved species and give these birds a chance to complete their nesting season simply by altering the times of year that they mow large fields.

Bobolinks build nests from May through July among the grasses and wildflowers of fields and meadows. When bobolinks are present, other grassland bird species such as savannah sparrows and vesper sparrows may also be nesting among the grasses. Deer fawns, wild turkey chicks, and other animals take refuge in the grass, and are also at risk by mowing too early.

“People maintain large fields and meadows in Vermont for a variety of reasons, from commercial hayfields and grazing pastures, to simple aesthetic beauty,” said John Buck, biologist for the Vermont Fish & Wildlife Department. “Mowing is the most common means of maintaining the grasses but if mowed too soon in the summer, many grassland bird species will lose their nest and any hatchlings."

According to Buck, landowners who mow their fields for aesthetic reasons can maintain these fields and accommodate the nesting birds simply by cutting later in the summer. He recommends an August 1 start date.

For farmers who maintain commercial hayfields and grazing pastures, Audubon Vermont coordinates the Bobolink Project in association with Mass Audubon, the University of Vermont, and several other partners. The Bobolink Project uses donated funds to provide financial assistance to participating farmers who modify their mowing schedules so that grassland nesting birds can successfully raise their young. This year, they worked with 20 farmers to protect over 961 acres of grassland habitat. “The Bobolink Project is a great way for the general public to get involved in grassland bird conservation” said Audubon’s Mark LaBarr.

For more information, go to www.bobolinkproject.com or for landowner management assistance, see www.vtfishandwildlife.com.