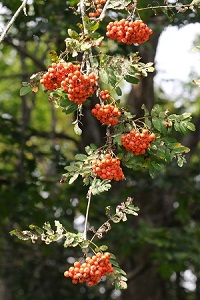 Vermont Fish and Wildlife is reporting that several important fall foods for wildlife are abundant this year following last year when many foods were lacking.

Fish and Wildlife staff survey mast stands around the state each fall season, and last year they documented that many important berry and nut species were lacking which helped cause a dramatic increase in the number of bears harvested in the hunting season due to the bears searching widely for alternative foods including corn.

Results for this year are markedly different, with most species of nuts and berries available to wildlife and some, such as apples, choke cherries and mountain ash berries being very abundant.  Acorn numbers were the highest in twenty years.  It was a good year in most areas for beech nuts, for although many of the beech stands surveyed contained abundant nuts, other stands contained few or none.

“The great variation in beechnut numbers between sites that were sampled was a surprise to us as we had predicted it to be an excellent year for beechnut production following such poor numbers last year,” said State Wildlife Biologist Jaclyn Comeau who was recently chosen to fill the position of Black Bear Project Leader.