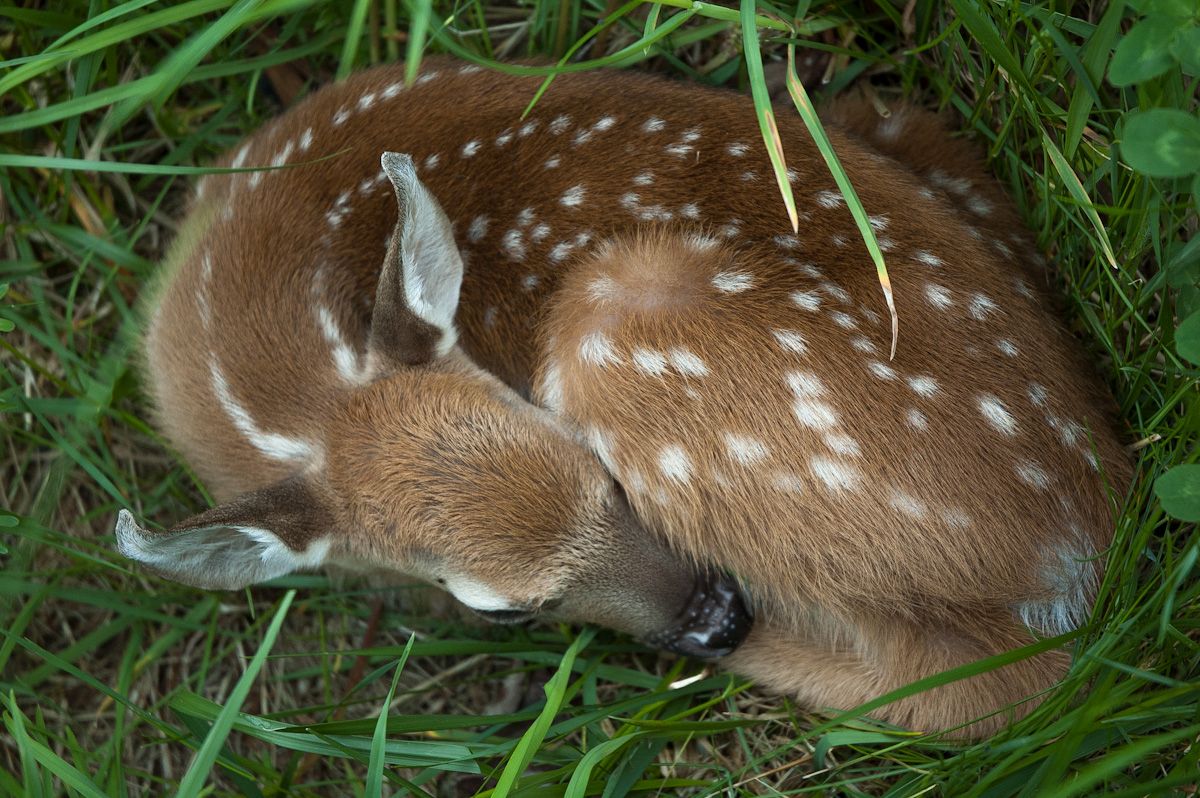 MONTPELIER, Vt. – The Vermont Fish & Wildlife Department says deer fawns are being born this time of year and asks that people avoid disturbing or picking them up.
Most deer fawns are born in late May and the first and second weeks of June, according to Vermont deer biologist Nick Fortin.
Fortin says it is best to keep your distance because the fawn’s mother is almost always nearby.  When people see a small fawn alone, they often mistakenly assume it is helpless, lost or needing to be rescued.
Fawns do not attempt to evade predators during their first few weeks, instead relying on camouflage and stillness to remain undetected.  During these times, fawns learn critical survival skills from their mothers.  Bringing a fawn into a human environment results in separation from its mother, and it usually results in a sad ending for the animal.
Fortin encourages people to resist the urge to assist wildlife in ways that may be harmful, and he offered these tips:

For the safety of all wildlife, taking a wild animal into captivity is illegal in Vermont.

“It’s in the best interest of Vermonters and the wildlife that live here, for all of us to maintain a respectful distance and help keep wildlife wild,” added Fortin.
For Immediate Release:  May 30, 2018