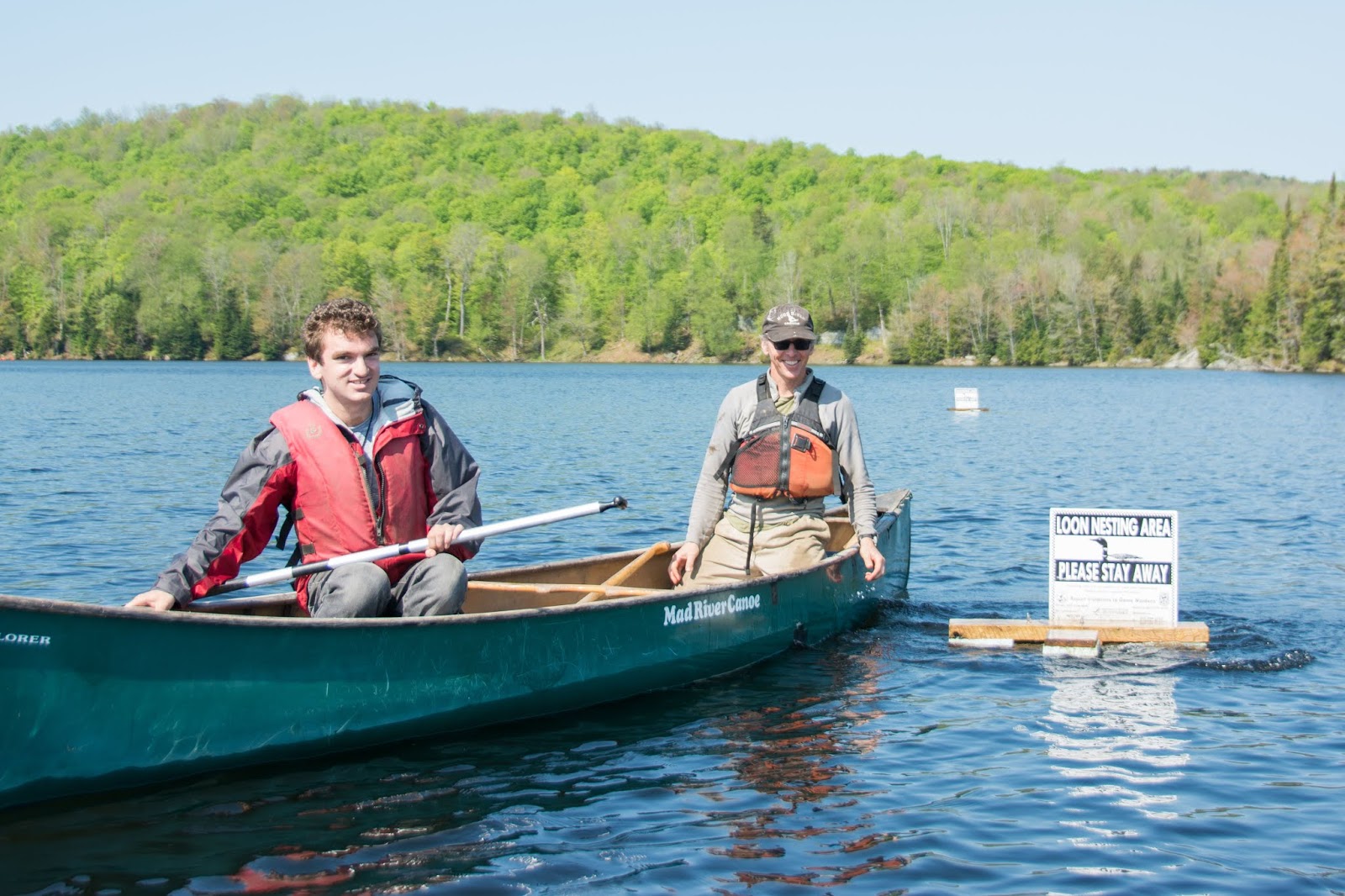 MONTPELIER, Vt. – The Vermont Fish & Wildlife Department is asking boaters and anglers to give loons a hand this summer by enjoying them from a safe distance.

Loons were removed from Vermont’s endangered species list in 2005 following decades of recovery effort.  But one of the main threats still facing loons as they continue to recover is human disturbance during the breeding season.

“Most areas where loons are nesting on Vermont’s lakes are surrounded by signs reminding people to give loons the space they need, but not all nesting areas are marked,” said John Buck, a wildlife biologist with the Vermont Fish & Wildlife Department.  “We’re asking people to enjoy loons from a distance using binoculars, whether they are in a motor boat, canoe, or a kayak.”

Buck also reminds people to avoid lead fishing tackle.  Loons sometimes swallow stray fishing tackle and suffer the effects of lead poisoning. Lead sinkers weighing one-half ounce or less are illegal in Vermont, but larger tackle still has the capacity to slough off lead into the environment over time.  Buck also recommends that anglers be careful to not attract loons to their bait and lures, and especially don’t leave any fishing line behind as fishing tackle does kill loons.

Eric Hanson oversees the Loon Conservation Project for the Vermont Center for Ecostudies in partnership with the Vermont Fish & Wildlife Department. He and his colleagues monitor Vermont’s loon population and have even put out game cameras around loon nests to monitor the behavior of people around them.  Hanson says that most people are respectful of nesting loons and give them space, but people sometimes inadvertently harm loons without meaning to.

As Vermont’s loon population continues to increase and canoeing and kayaking continues to become more popular, there is greater potential for people to come into conflict with loons.  Hanson reminders boaters to avoid pursuing loons in a canoe or kayak, especially loons with young.

Hanson also urges shoreline property owners to maintain appropriate habitat for loons, including a forested area along shorelines where loons can nest.

Volunteers interested in monitoring loons for the Loon Conservation Project should contact Hanson at ehanson@vtecostudies.org.  Volunteers can monitor lakes all summer long with a focus on lakes with loon pairs and nesting.  Some adopt-a-lake sites that need volunteers (listed from north to south) are Great Averill, Island, Bald Hill, Jobs, Center, Salem, Memphremagog, South Bay, May, Hardwick, Nelson, Stiles, Moore, Comerford, Keiser, Ewell, Peacham, Osmore, Waterbury, Rescue, Hortonia, Bomoseen, and St. Catherine. Volunteers can also survey one or two lakes on Loonwatch Day, being held on July 21 this year, between 8 and 9 a.m.  The goal is to survey all lakes greater than 20 acres at the same time, which provides a population count and checks on small lakes that are surveyed less often during the rest of year.