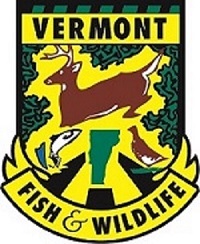 Deer hunters who applied for a Vermont muzzleloader season antlerless deer permit by the August 12 deadline can now go to the Vermont Fish and Wildlife website (www.vtfishandwildlife.com) to see if they won a permit.

Fish and Wildlife announced the winners on September 16, after conducting a randomized computer drawing.  Permit winners are listed in two categories: regular lottery winners and landowners.  Landowners who apply for a landowner antlerless permit are prohibited by law from posting their land against hunting.

“Hunters can go to our website to find out if they are recipients of a muzzleloader season antlerless permit,” said Fish and Wildlife Commissioner Louis Porter.  “Knowing early if they’ve won, will help them plan their hunting this fall.”

“They can follow a link on our home page to go to the listing of permit winners.”

Antlerless permits were available for 19 of Vermont’s 21 Wildlife Management Units and may be used during the muzzleloader seasons on October 29-November 1 (antlerless hunting by permit only) and December 5-13.

“Harvesting antlerless deer affords Vermont hunters the chance to secure locally sourced food for their families.  It also helps the department balance the deer population with the available habitat.”

Permits are still available in WMUs A - B - F1 - F2 - I- J1- K - N - O and Q because not enough people applied for them in the lottery. These permits may be purchased beginning September 21 on a first come, first served basis through license agents, district Fish and Wildlife offices and on www.vtfishandwildlife.com.