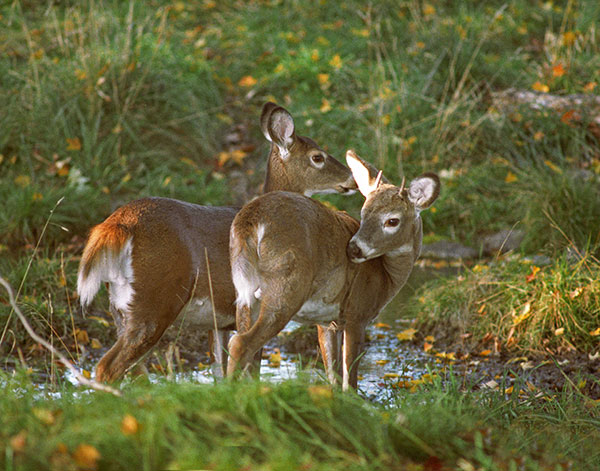 A formal set of recommendations will be submitted to the Board on March 20 in preparation for the public meetings in March and April.

“The department and the Fish & Wildlife Board began a comprehensive review of deer regulations in 2013 in response to public input and to the need to improve deer management in some parts of the state,” said Fish & Wildlife Commissioner Louis Porter.  “We listened to comments and suggestions at our annual public deer hearings, and we assessed the effects of earlier regulation changes.”

“The proposed changes to Vermont’s deer season framework are integrally related as a package and should be considered collectively, as each season (archery, youth, early antlerless, regular November, and muzzleloader) influences the other seasons.  This framework is designed to provide a quality hunting experience for as many hunters as possible while allowing for more effective deer management.”

Highlights of the proposal presented to the Board include continuing buck age management through regional antler point restrictions and an annual limit of one legal buck, extending the archery season, increasing archery hunting in high deer density areas, crossbows for all ages of hunters, and allowing first-time adult hunters to participate in youth season proposed for late October.

The draft “Deer Management Rule Change Proposal” is available on Vermont Fish & Wildlife’s website (www.vtfishandwildlife.com) and will be discussed at public deer hearings starting March 25.  Comments may be submitted at the hearings and by email to:  ANR.FWPublicComment@vermont.gov.