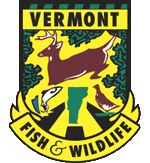 MONTPELIER, Vt. -- Hunters, landowners and anyone else interested in deer should plan on attending one of the Vermont Fish & Wildlife public hearings being held in March and April.

The hearings will include results of Vermont’s 2018 deer seasons and prospects for hunting next fall as well as an opportunity for people to provide their observations and opinions regarding deer.