Release of Aquarium Fish or Plants is an Environmental Threat 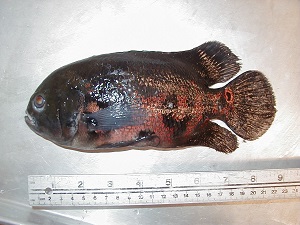 ESSEX, Vt. – Keeping an aquarium with tropical fish and plants can be fun and educational.  But, releasing these fish or plants outdoors can be harmful to native species and is prohibited by Vermont law according to the Vermont Fish & Wildlife Department.

Many of the common tropical fishes and aquatic plants kept in home aquariums originate from Central and South America, Africa and southeast Asia.  While some are imported, others are raised here, most notably in Florida.

Unfortunately, some exotic fishes are released into the wild each year by their owners.  People may not be able to take their fish with them when they move, or they may simply lose interest in maintaining an aquarium.  Some tropical fish also can grow too large for their aquarium.

There are several good reasons not to release aquarium fishes and plants into the wild.  If they survive, and reproduce, they are difficult, if not impossible to control or eradicate.  They can cause changes in the native aquatic environment by competing with native species.  They can introduce exotic parasites and diseases.  Some exotics may cause genetic damage by hybridizing with native species.  And, some exotic fish such as piranhas, freshwater stingrays and electric eels can pose a human health threat.

Most tropical fishes are unlikely to become established in Vermont waters due to our cold weather.  But many species are now breeding in the waters of southern states, and the goldfish, a native to China, is an example of a temperate aquarium fish that is now established in most U.S. states, including some Vermont waters.

“We have found some tropical fish species in Vermont waters that obviously were recently released,” said state Fisheries Biologist Shawn Good.  “For example, over the years we have found a South American oscar in Lake Hortonia, a clown knifefish, native to southeast Asia, in North Montpelier Pond, and a pacu from the Amazon in Otter Creek.”

Fortunately, being sub-tropical or tropical fish species, they cannot survive in temperatures below 55 degrees Fahrenheit, so they all would have perished once winter arrived.

“If one of these introductions had been a fish species capable of surviving Vermont’s cold water temperatures, such as an exotic snakehead,” said Good.  “it could have lived for years and created a real problem for the native species.  They grow to large sizes and are voracious predators of other fish”

Releasing aquarium fish and many other fishes as well as aquatic plants into Vermont waters is illegal and punishable by substantial fines.