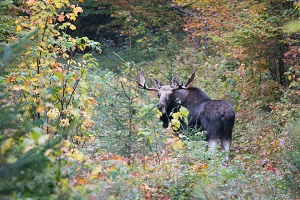 The Vermont Fish and Wildlife Board voted on April 6 to have 60 either-sex moose hunting permits and 40 antlerless moose hunting permits available this year for a hunt limited to Vermont’s Wildlife Management Unit (WMU) E in the northeastern corner of the state.  The science-based hunt will result in an estimated harvest of 51 to 65 moose, or 5 percent of the more than 1,000 moose currently estimated to live in WMU E.

The goal of the Fish and Wildlife Department’s 2022 moose season recommendation is to improve the health of moose in WMU-E by reducing the impact of winter ticks.

The 2022 Moose Season Recommendation and related information about moose research and management are available on Vermont Fish and Wildlife’s website at www.vtfishandwildlife.com.