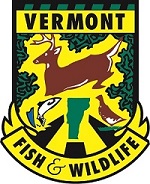 The Vermont Fish & Wildlife Department is encouraging anglers to consider their impact on trout when fishing during the current hot weather because many of Vermont’s streams and rivers are at or above stressful temperatures for trout, and flows in most rivers are very low.

“With air temperatures expected to be close to or above 90 degrees over the next week, we want to offer a few tips on trout fishing.  Trout prefer water temperatures in the upper 50’s to mid-60’s, but hot weather like we’ve been experiencing can push some streams over 70 degrees, which is highly stressful, especially for brook trout,” said fisheries biologist Shawn Good.  “If you plan to harvest trout, there’s no need for concern, but catch-and-release angling during hot spells could result in the unintentional death of your released fish.”

“As an alternative, you can switch to fishing for warmwater species such as bass, northern pike, bowfin, or panfish,” he added.

Here is a summary of Vermont Fish & Wildlife’s tips for fishing during hot summer weather:

“Over the long term, the single most important thing we can do to protect Vermont’s wild trout populations is protect and restore forested streambanks,” added Good.  Forested streambanks help keep trout streams cool by providing shade from the sun.  The root systems of shrubs and trees also help hold soil together and reduce erosion, and when trees do fall into a stream, they provide habitat, cover and protection for trout and other fish species.”