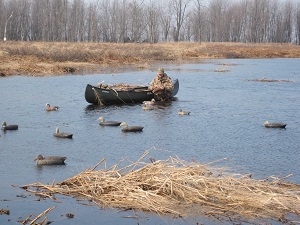 For more information, including the season recommendation, and to join the online hearings, go to the Vermont Fish and Wildlife website www.vtfishandwildlife.com and click on the “Public Hearings Schedule” on the home page.

Waterfowl and webless migratory game bird hunters are encouraged to attend one of the hearings and share their preferences and opinions about the proposed seasons.

In addition to the public hearings, anyone can leave a comment on the proposals with a telephone message by calling 802-265-0043 or by emailing ANR.FWPublicComment@vermont.gov.  The deadline for comments is Wednesday, March 31.