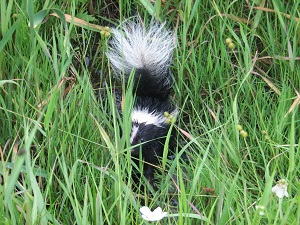 Wildlife is enjoyable, especially when young animals appear in the spring.  But it’s best to keep your distance.  Picking up young wildlife can do more harm than good, according to the Vermont Fish & Wildlife Department.  It’s also against the law.

Department scientists encourage wildlife watchers to respect the behavior of animals in the spring and early summer, and to resist the urge to assist wildlife in ways that may be harmful.  Here are some helpful tips:

For information about rabies and nuisance wildlife, call the Vermont

For the safety of all wildlife, taking a wild animal into captivity is illegal, even one you suspect is sick, injured or has been abandoned.  To learn about injured or orphaned wildlife, go to Vermont’s Fish & Wildlife’s website or use direct link:  https://tinyurl.com/y27ojnjj .