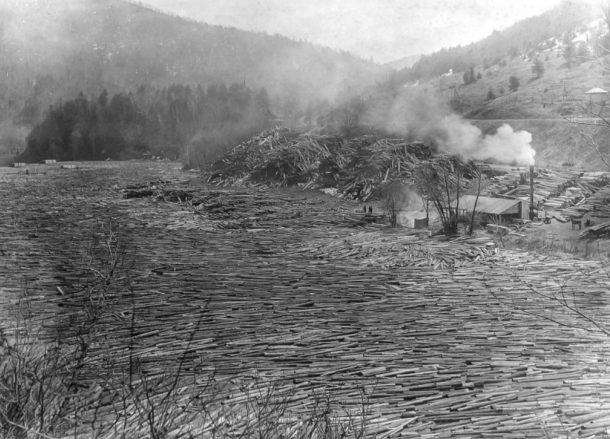 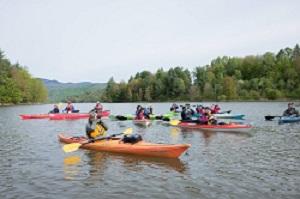 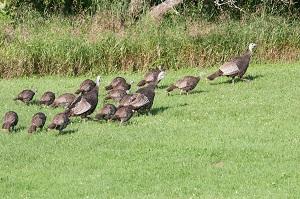 Wild turkeys are found throughout most of Vermont, but their reproductive success is monitored annually by the Vermont Fish & Wildlife Department with help from “citizen scientists” who report the number and size of turkey families they see during August.

The ruffed grouse (Bonasa umbellus) is a non-migratory, ground-dwelling game bird. It is known for the explosive flushes it makes when approached too closely as well as for the low drumming sound that the male produces in the spring.

Commonly known as the partridge, it is one of two members of the grouse family found in Vermont. The ruffed grouse can be found throughout most of the state, unlike the spruce grouse, which is very rare.

The Ruby-throated Hummingbird (Archilochus colubris) is named after the "humming" sound its wings make as it hovers in the air; the hummingbird is often seen in Vermont during the summer.

Hummingbirds are the smallest of all birds, and the only bird that can fly backwards, as well as hover in one place. It averages 70 wing beats per second.

The Red-tailed Hawk (Buteo jamaicensis) is a familiar sight in Vermont, whether soaring over open farmland or perching in a tree along the highway. It is easily identified by its large size, white breast with brown in bands, and rust colored tail.

Also known as the "duck-hawk" or the "wanderer," the Peregrine Falcon (Falco peregrinus) is a bird of amazing speed and maneuverability. One of the world's swiftest flyers, this bird of prey has made a remarkable recovery from the effects of DDT. Due to the use of this chemical, all the U.S. peregrines east of the Mississippi River were eliminated.

Also known as the "fish-hawk," the Osprey (Pandion haliaetus) is a bird of prey that nests near large areas of water.

The crooked bend of the wings in flight is characteristic of the osprey. A dark line through the eye area is another important identifying feature.

The Hermit Thrush (Catharus guttatus) is the official state bird of Vermont. It is a small brown bird with a spotted breast and a reddish tail. Its musical flute-like song is one of the most beautiful of any North American bird, earning it the nickname American nightingale.

The Eastern Wild Turkey (Meleagris gallopavo silvestris) is the most widely distributed and abundant of the five distinct subspecies of wild turkey found in the United States. They can also grow to be the largest. Surprisingly, though, they are very mobile birds with running speed of up to 25 miles per hour and flying speeds of up to 35 miles per hour.