On this show, you'll hear from biologists and foresters, game wardens and researchers, kids and camp instructors, and many others, on a range of topics in conservation. It's for anyone who loves Vermont's wild places and wants to be part of conserving them. 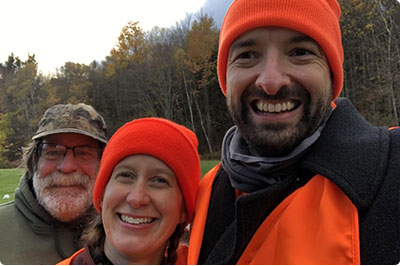 "I think that hunting has a real possibility to build bridges. Between urban and rural, between conservative and liberal, between all sorts of different places. If you have a Venn diagram of interests, there are a lot of ways that hunting and being in nature could create the common space for people who are coming to things from different perspectives." - Dawn, adult onset hunter

Join us for the first installment of a two part conversation with Josh and Dawn, a pair of "adult onset hunters" who spent their first deer season in the woods this past fall. In this episode Vermont Fish & Wildlife caught up with Josh and Dawn just before opening day, to talk about what goes through a new hunter's mind as they are just starting out.
Episode Music: Changing the Seasons, Crowander 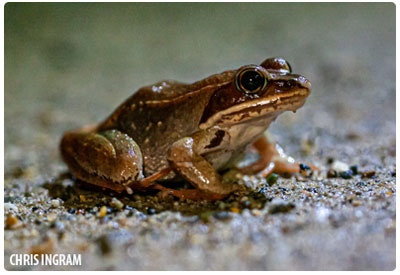 "You can tell when the wood frogs have finally made it to the water because they're clacking away, doing their breeding song. Then you have the spring peeper choruses, and sometimes that's deafening. If you get really close to a spring peeper scene at night, it's so loud it actually hurts."

Join Vermont Fish & Wildlife for a special Night Episode. We will discuss activities you and your family can do at night, as well as some of the department's work that happens after the sun goes down. 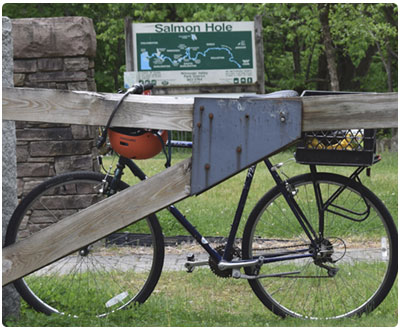 "As someone who doesn't own a ton of land or a fancy boat — this is a really important way for me to connect with fishing, and aquatic resources. And my kid..."
— Ali Thomas, VTFW Education Programs Coordinator 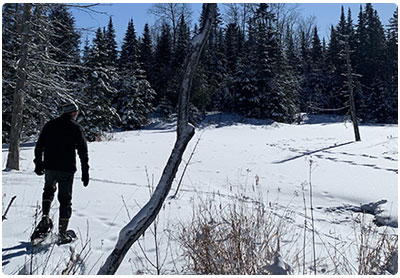 "Coyotes love to visit these beaver dams. They'll often walk over to the top of beaver houses and smell them. In fact, you can smell it! If you get down and smell, you can actually smell the sweet scent of the beaver, coming out of that house..."
— Paul Noel 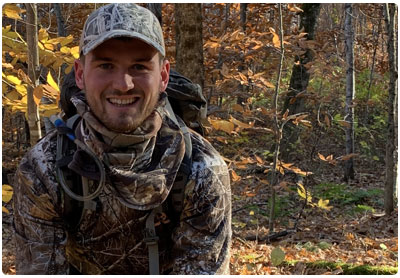 Start with Squirrels and Ask for Help

"There’s just a mountain of stuff to keep you from (learning to hunt), but it’s so worth it if you can push yourself and find someone that’s going to invest their time in you..."
— Matt Lacey. 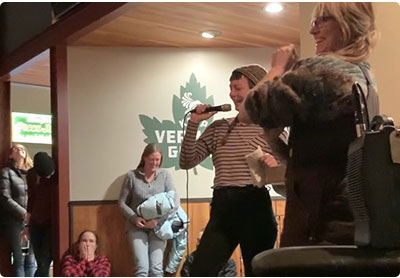 Live Audience: A turkey season recap from Megan and Lindsay

Megan and Lindsay recap their first season of turkey hunting in front of a boisterous crowd.

"We wound up driving around, asking random people at gas stations like 'Hey we're trying to hunt turkeys!' And people were so supportive and so enthusiastic, and being like, 'Oh! Just keep going down the road, like 6 maybe 7 more miles, and then maybe on the left there's a sign, but don't actually turn th-- keep going! There's turkeys all over! All over. You'll find them! We believe in you!'"

This storytelling event was co-hosted by the VT Fish&Wildlife Department, Backcountry Hunters and Anglers, and Rooted in Vermont. Stay tuned for similar events in the future!

A visit to one of two summer camps run by the F&W dept. "When I first came here I wasn't into hunting really. I was kinda into fishing. I kinda liked hiking. But my mom and cousins went here and they all loved it, so they had me go. And when I got here I was pretty excited because I found out that it wasn't all about hunting and killing animals. It was really just about being in the outdoors and helping the outdoors. The hunting — it's not just about killing animals, it's about helping the animals to sustain themselves... I've actually gotten into hunting and trapping because of that." — 14 year old GMCC camper 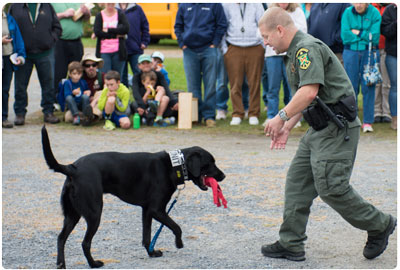 It Might Be a Game Warden Who Finds You

Two game wardens talk about their experience with search and rescue in Vermont. "Usually when a person becomes a search and rescue situation, they thought they were prepared. They underestimated the situation where they were at, or circumstances changed on them and they didn't plan for it— or couldn't have planned for it." — Vermont Game Warden / K9 Spec. Robert Sterling.