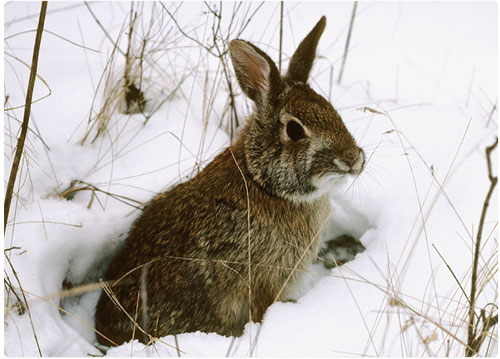 Cottontail rabbits are primarily found in the Southwestern Foothills and Champlain Valley, including the Champlain Islands. They favor the varied habitat in agricultural lowlands, and are commonly encountered in brushy hedgerows, overgrown fields, briar thickets, and shrub-filled creek bottoms. Kicking up cottontails on a crisp fall day is an excellent challenge, whether hunters elect to chase them with a dog and shotgun or stalk them with a .22 rifle. 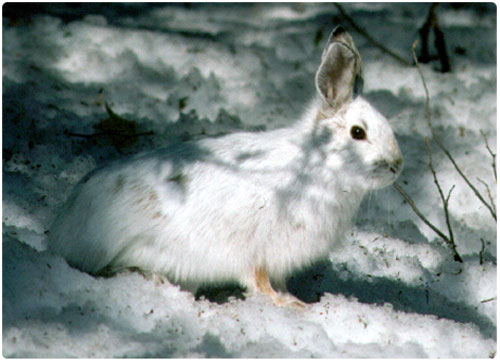 Snowshoe or Varying Hare are found statewide but are most abundant in areas with active forest management, particularly in the Green Mountains and Northeast Kingdom. The greatest concentrations are found in areas with dense, low-growing softwood stands, such as cedar swamps, spruce bogs, and cut-over areas with thickets of young spruce and fir. Snowshoes have seasonally white coats and large hind feet, adaptions that let them remain active throughout the winter. They are a favorite of hunters with hounds because they prefer to run a hard race rather than hole-up, as cottontails often do when hard pressed. 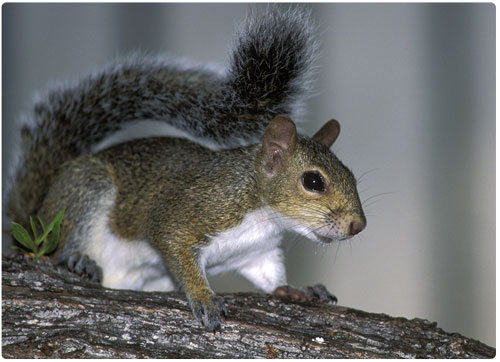 Squirrels are Vermont's most overlooked game animal. "Bushytails" can be found wherever mature stands of oak, hickory, and beech trees provide them with abundant nuts, especially in the Southwestern Foothills, Champlain Valley, and along the Connecticut River in the Eastern Foothills. Although lightly hunted in Vermont, squirrels are a real challenge when stalked with a .22 rifle, and their delicate meat compares favorably with rabbit.