Protecting Vermont’s plant diversity is important because plants provide crucial habitat for most other organisms, are a food source for most animals, especially pollinators, and make our landscapes more resilient to climate change and other disturbances. Plants, in fact, are responsible for the existence of most life on earth.

Here are several factors that can cause plants to become rare. 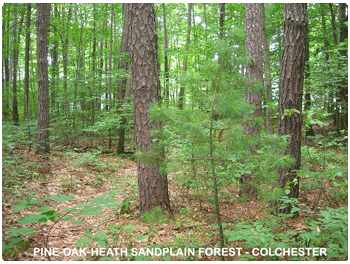 Development and fragmentation of natural habitats is the most common cause for decline of plant diversity in Vermont and globally. For example, the rare Pine Oak Heath sandplain natural community found in Chittenden County is restricted to sands deposited when the glaciers retreated over 10,000 years ago. As these fragile habitats in Colchester, Essex, and Milton are developed, they no longer provide habitat for rare plants that are adapted to sandplains, or for the animals, pollinators, and fungi that depend on this natural community type.

Furthermore, many sandplain plant species are in decline because they are adapted to fire. Since fires no longer burn in most of this habitat, these plants are restricted to areas that mimic the effects of fire, often persisting in powerlines and field edges.

Transporting Species Around the World – Non-native and Invasive Species

Non-native species are a serious threat to Vermont’s rare flora. Over 600 plant species have been introduced to Vermont, either accidentally of purposefully, and have escaped to the wild. Although only a small proportion of these 600 species have become invasive, those species that have, can outcompete our native species and alter ecosystems. 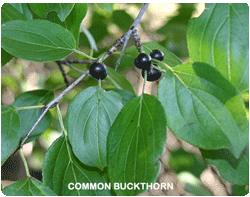 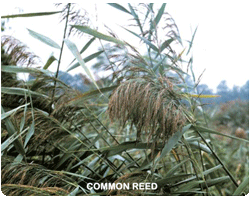 Common reed (Phragmites australis), along with many other invasive plants, exude chemicals in the soil that stifle the growth of all plants around them, replacing diverse marshes and meadows with single-species stands and degrading habitat for birds and amphibians. 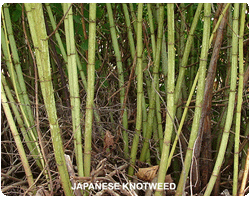 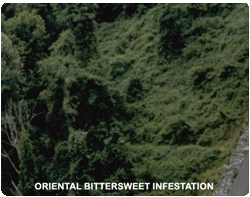 Asiatic bittersweet (Celastrus orbiculatus) vines are pulling down the larger trees in the floodplains of the lower Connecticut River valley, resulting in a decline in the average tree age in this area.

The costs to farmers, foresters, anglers, tourists, and ordinary Vermonters are very expensive. As a result, a number of these invasive plants are legally quarantined, which prohibits their sale or movement in the state. 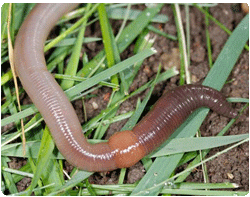 Some of the 19 species of introduced earthworm species in Vermont, particularly the crazy snake worm (Amynthas agrestis), are slowly and dramatically altering the soil and the regeneration of our forests.

Many earthworm species remove the top organic soil layer and change the soil structure. This correlates with decreased plant diversity and abundance in the forest understory. Fewer native species are growing or reproducing in these altered soils, and those that are still growing may be sparser than before the earthworms arrived. The direct impacts on Vermont rare plants are still unknown.

Most of Vermont trees have an invasive insect and/or fungus that attacks them. Examples include Dutch elm disease on all elm species, chestnut blight on American chestnut, butternut canker on butternuts, beech bark disease on American beech, hemlock woolly adelgid on eastern hemlocks and gypsy moth on all oaks. 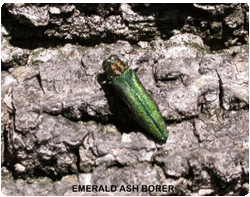 Emerald ash borer and Eurasian longhorned beetle threaten to remove ashes and maples from Vermont landscape, and oak wilt could be lethal to all Vermont’s oaks. The impact of losing these trees can have cascading effects on other coexisting life.

What You Can Do 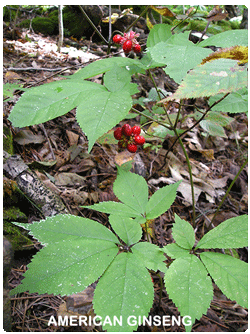 American ginseng (Panax quinquefolius) was a lucrative medicinal crop to harvest from the wild during Vermont’s early settlement. Once frequent across Vermont, by the end of the 19th century, ginseng had nearly disappeared from Vermont and across its range. Though herbal alternatives to wild ginseng exist, there is increased harvest pressure on ginseng today. The department’s Natural Heritage Inventory continues to monitor ginseng as an uncommon plant that is at risk of becoming rare.

Some species in Vermont are quite common in the prairies of the Midwest, or in the arctic tundra of Canada. Why should we be concerned that they are disappearing from here?

Many species vary genetically across their ranges. Plant populations on the periphery of their range are often genetically distinct from the core population, so Vermont plants may be on their way toward evolving into new species. With changing climate, many plants are on the move. If we conserve plants where they occur naturally—if we preserve their potential to adapt, migrate and evolve—they will have the best chance of successful survival in coming years, hopefully carrying with them the complex web of life they support. 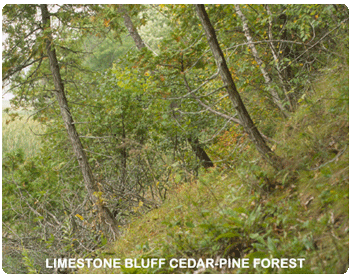 Many of these calcium-loving plants are rare throughout New England and restricted to areas of calcium-rich bedrock, including those associated with dry outcrops, groundwater seepage, and rich forests. These areas with rich, limy soils produce Vermont’s most dramatic displays of early spring wildflowers each year.

The state also contains a limited band of serpentine bedrock, a class of rock with concentrations of magnesium and iron so high that the rock and overlying soils are toxic to many species. This unusual rock harbors a uniquely adapted flora, with several species that only grow on this rock type. 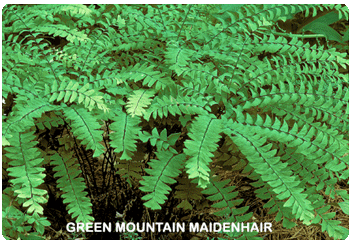 Two of Vermont’s rarest plants occur only on this rock type—the Green Mountain maidenhair (Adiantum viridimontanum) and marcescent sandwort (Minuartia marcescens). The Green Mountain maidenhair was first discovered in Vermont, but was later found in Quebec and Maine as well. The marcescent sandwort is known only from the single Vermont population, and from 20 sites in far northeastern Canada.

The only population in the world of Robbins’s milkvetch (Astragalus robbinsii var. robbinsii) once occurred in a gorge in the Winooski River between South Burlington and Colchester. When a dam was proposed in the 1890s, there was no public outcry, and all the plants were flooded and killed. It has never been found anywhere else.