As of January 1, 2013, Vermont became the 39th member of the Interstate Wildlife Violators Compact (IWVC). The IWVC assures that in participating states, nonresident violators will receive the same treatment as resident violators. IWVC member states reciprocate in the suspension or revocation of licenses and permits resulting from violation of hunting, fishing or trapping laws.

The goal of the IWVC is to facilitate improved enforcement through the cooperation of law enforcement units in member states.

If an individual’s license or permit privileges are revoked in one compact member state, he or she is subject to suspension or revocation in all other member states.

For example, if a Vermont resident has their hunting privileges suspended in Minnesota, their privileges may also be suspended in Vermont and in all other compact states. This helps prevent habitual violators from shifting their illegal activities to other member’s states.

Additionally, a nonresident violator who fails to comply with the terms of a citation issued in a participating state faces the possibility of the suspension of his or her wildlife license privileges in the home state until the terms of the citation are met. 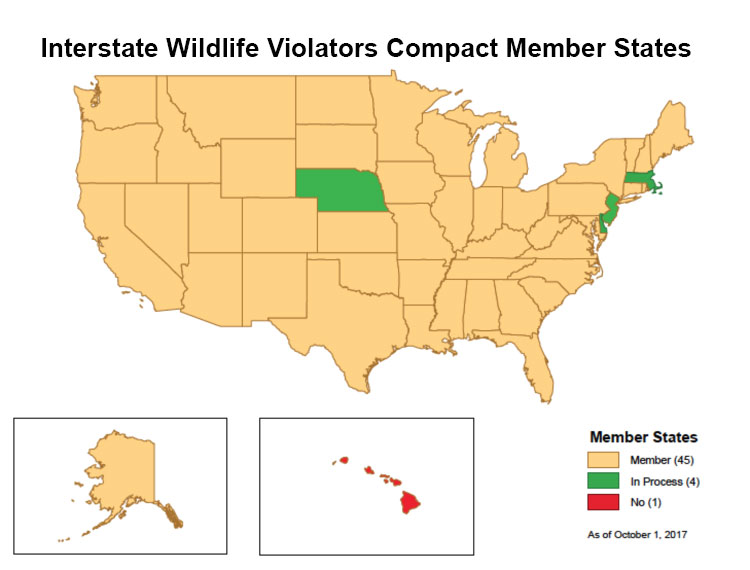