Vermont’s fish hatcheries are a great place to visit to see fish and learn about the different species raised for stocking statewide.

The department operates five culture stations, as known as hatcheries, rearing seven different fish species. The fish hatcheries are open to the public seven days a week, and tours are available. 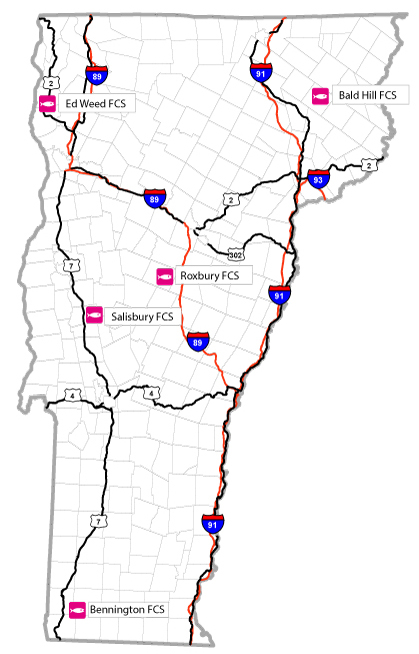 Bennington Fish Culture Station in Bennington - Bennington FCS is situated in the southwest corner of Vermont. Three species of trout are reared at this facility.

Roxbury Fish Culture Station in Roxbury – Roxbury FCS is located not far from Montpelier, the state’s capitol. It is oldest state fish hatchery and is on the National Register of Historic Sites

Salisbury Fish Culture Station in Salisbury- Salisbury FCS is situated close to Lake Dunmore, south of Middlebury. It is where we keep our older and larger fish for producing eggs.