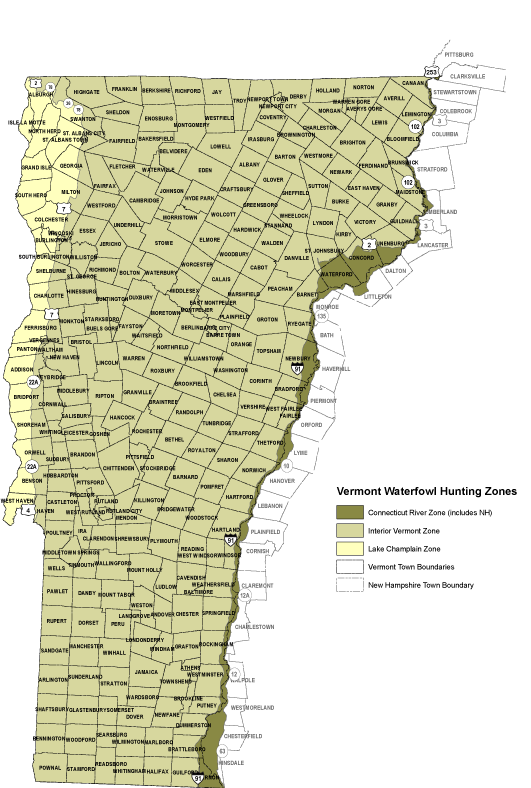 The U.S. portion of Lake Champlain and that area north and west of the line extending from the New York border along U.S. 4 to VT 22A at Fair Haven:

The portion of Vermont east of the Lake Champlain Zone and west of a line extending from the Massachusetts border at Interstate 91:

The remaining portion of Vermont east of the Interior Zone. Migratory bird hunting seasons and rules for this zone are announced by the New Hampshire Fish & Game Department under their “Inland Zone” rules.

I. A person holding a Vermont resident hunting license which allows the taking of migratory waterfowl and coots, may take migratory game birds, as provided in RSA 209:5, except woodcock and snipe, from the Connecticut River zone, provided the state of Vermont grants the same right to a person holding a New Hampshire resident hunting license and waterfowl stamp which allows the taking of migratory game birds in the Connecticut River Zone in Vermont pursuant to Vt. Stat. Ann. Tit. 10, sec. 4009.