The Sandbar Causeway area provides a mix of shallow and mid-depth fishing opportunities around the Route 2 bridge. 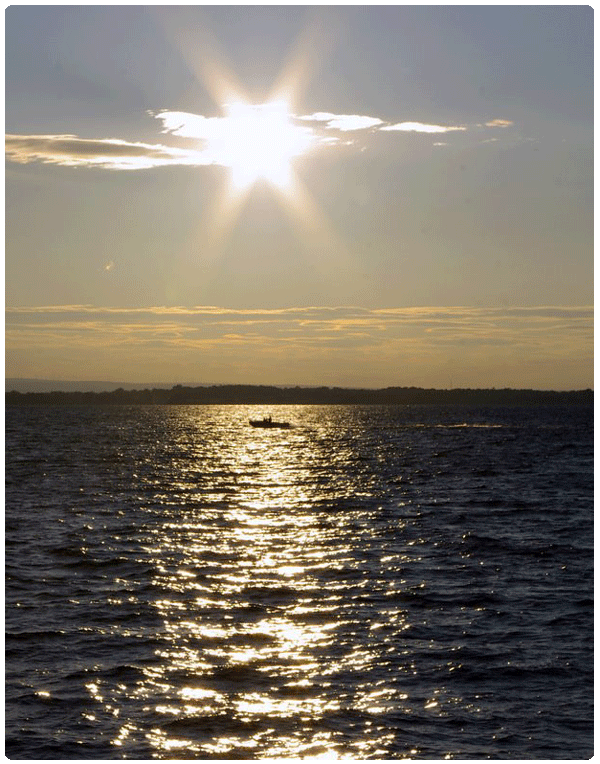 This is a unique area because it serves as a natural migration corridor for fish moving between the Inland Sea of Lake Champlain and Malletts Bay. The small channel connecting the two areas of the lake is also a natural feeding location for fish, making it one of the top shoreline fishing locations in the greater Burlington area.

Primarily smallmouth and largemouth bass, northern pike, and panfish, though anglers may encounter other species as well.

The aquatic habitat around the Sandbar Causeway consists of shallow water with a bottom of sand, gravel and mud, though shoreline rock also exists. These rocks can provide structure for fish depending on water levels. Anglers may also see aquatic vegetation like pencil grass and milfoil at different times.

South Side of the Causeway

This area is lined with chuck rock and generally more productive during the spring and early summer when the lake's water level is higher. Try fishing a standard worm and bobber rig from shore, or casting a small spinnerbait or shallow crankbait along the chunk rock.

You might also be able to connect with roaming fish early in the morning or later in the evening by throwing a top water plug such as a popper or walking-style bait. As you make your way along the causeway west of the bridge, you may also see scattered pencil grass which can hold panfish, bass, pike and pickerel.

The Fill at the Route 2 Bridge

Look for the small channel that allows for boat passage between outer Malletts Bay and the Inland Sea because it is generally the most productive part of the entire causeway area. The fill, which contains chunk rock and gravel directly under the bridge, as well as a deep hole on the south side, is a man-made pinch point that consistently creates current and attracts large and small fish.

Try casting your rig – either live bait or a bottom bouncing lure such as a tube jig, grub or drop-shot – up into the current and let the natural flow move the rig back toward you along the bottom. Be sure to let the rig drift all the way into the deep water hole on the south side of the bridge. Fish use the created eddy to stay out of the current, waiting to ambush baitfish, insects and other food that comes drifting by.

Take Interstate 89 North to Route 2, exit 17 – Milton / Lake Champlain Islands. Bear right off the exit and head west on Route 2 approximately 6.5 miles. Travel along the causeway until you see a parking area on your left. Park there and then walk west until you reach the Route 2 bridge. 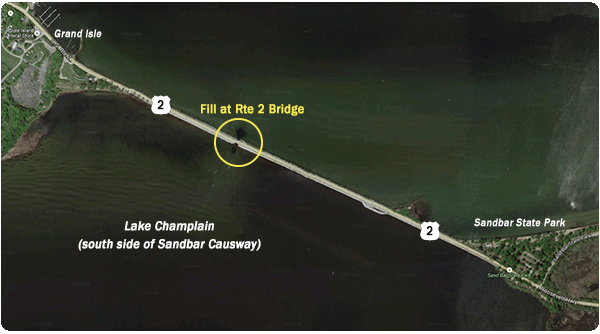