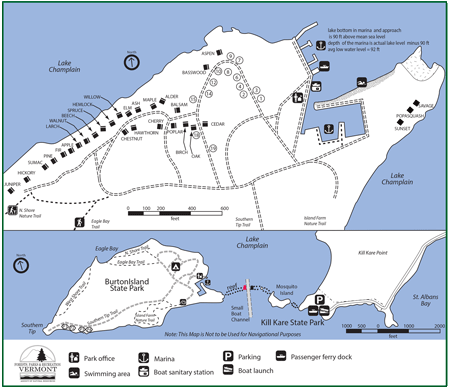 81 different fish species reside in Lake Champlain. Some of the more abundant species around Burton Island State Park include smallmouth and largemouth bass, northern pike, common carp, freshwater drum, bowfin, walleye and panfish species such as perch, crappie, bluegill, rock bass and pumpkinseed. Other species such as lake trout; Atlantic landlocked salmon and walleye can also be found in the Inland Sea area around the park. 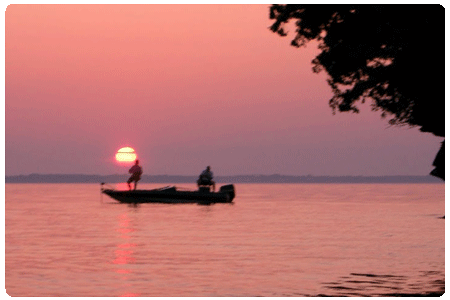 Try fishing for largemouth and smallmouth bass, pike, bowfin and panfish from shore around the perimeter of the park. Areas to target include around the boat docks and navigation channel on the north side of the island, and around the extending points of land on the south, east and west sides of the island. Small tube jigs, plastic worms, spinnerbaits and topwater plugs can all be productive at different times. You will need a boat to access deeper offshore habitat favored by trout and salmon.

You can buy a fishing license online or at the Bay Store in St. Albans.

There is no on-site boat launch at Burton Island State Park, but there is a concrete boat ramp at Kamp Kill Kare State Park on Hathaway Point just across from Burton Island. Canoes and kayaks can be put in right from shore.